Slumber through time and space
Transport yourself to a world of sleep while rocking some appreciation for the cult phenomenom Dr Who ! 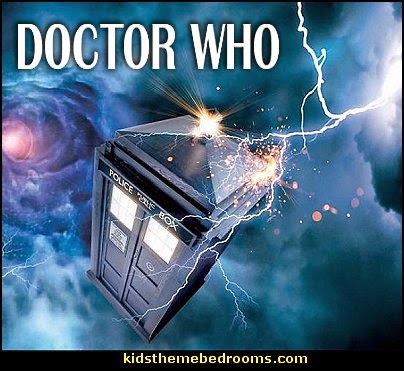 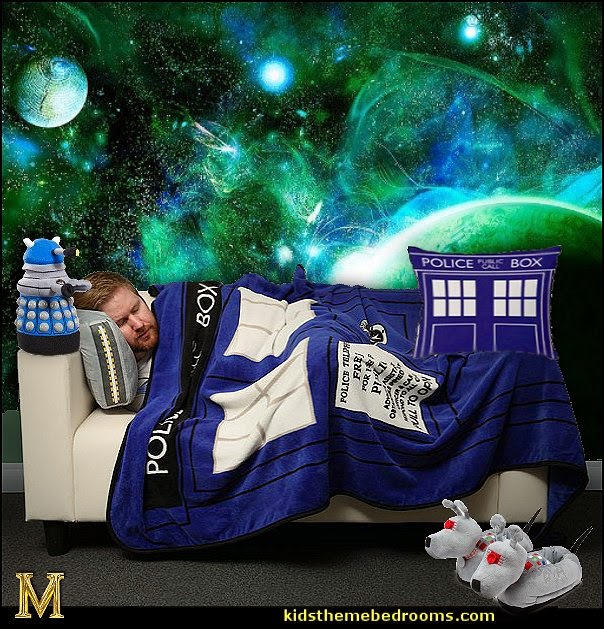 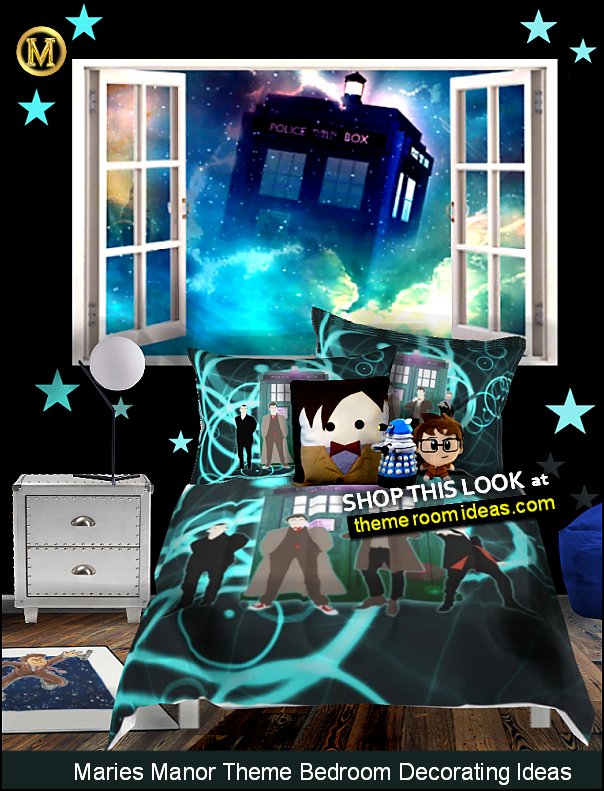 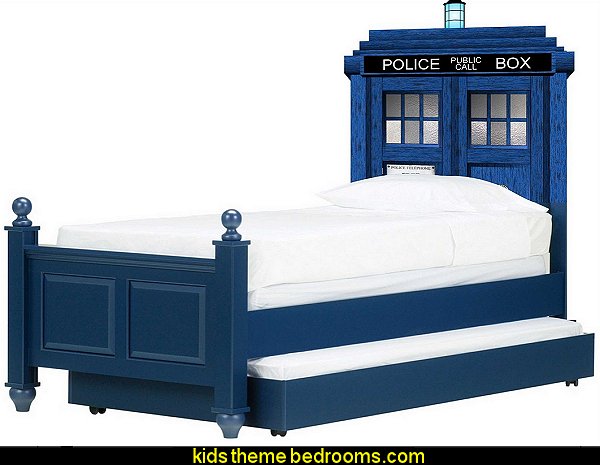 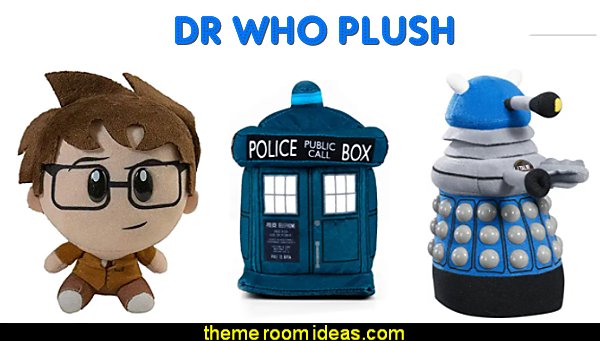 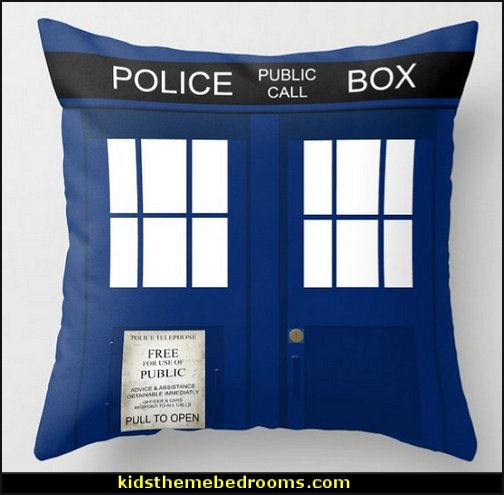 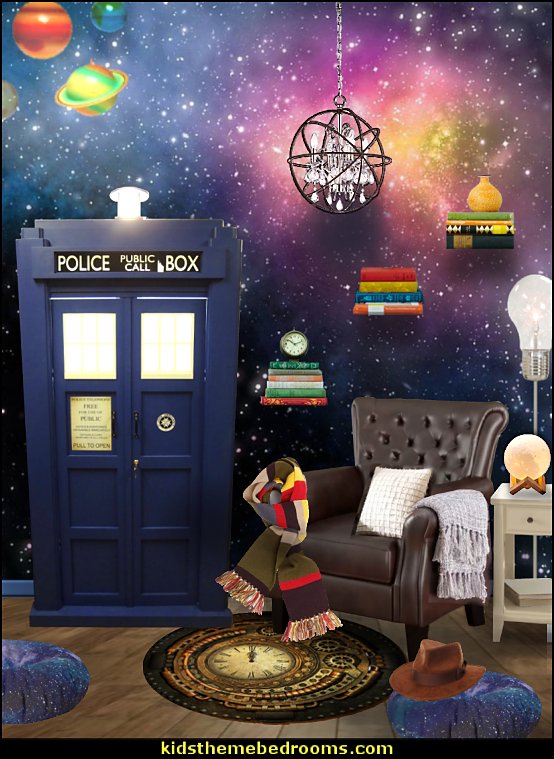 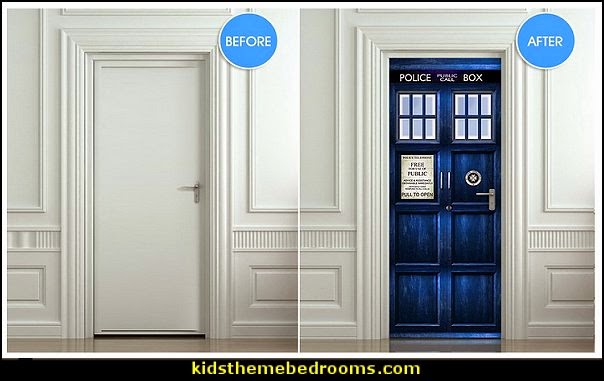 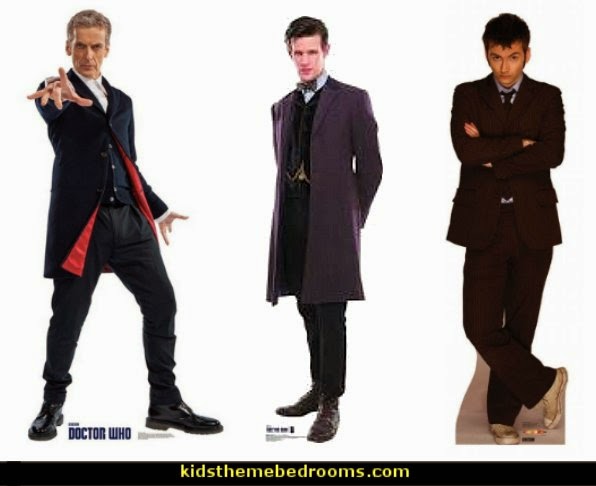 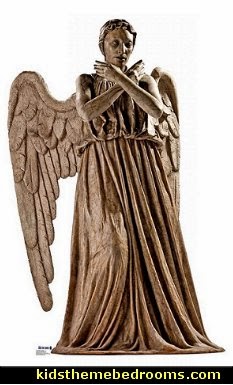 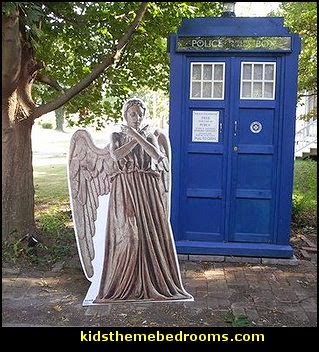 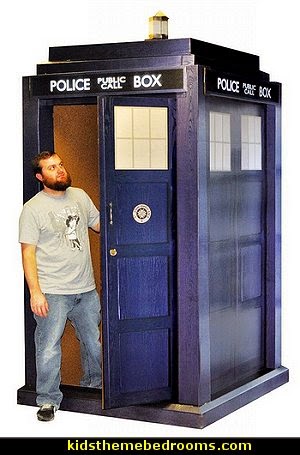 This 3D cardboard cutout of the Tardis from Doctor who stands at 55" square x 180" tall. 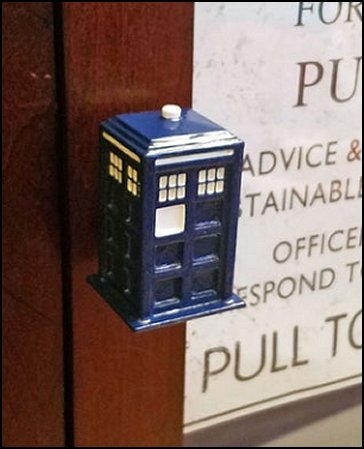 Doctor Who Drawer Pulls BossKeyDecorHandcrafted Furniture Knobs etsy
A 'large-and-in-charge' Drawer Pull this TARDIS is at almost 3 inches tall. Compatible with your home furniture but not compatible with interdimensional expeditions. Enjoy this Doctor Who iconic knob today! or Yesterday! ...or someday in space-time! 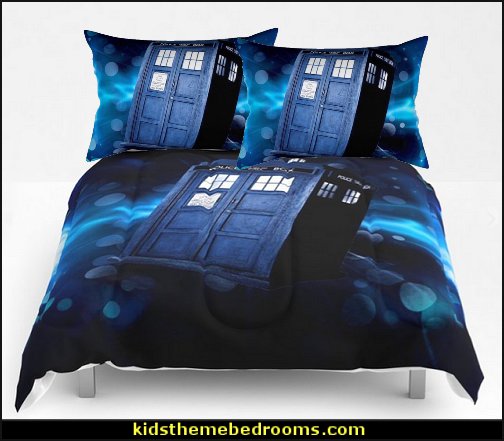 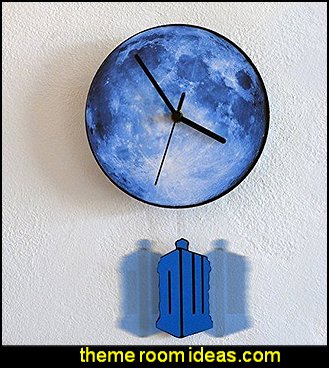 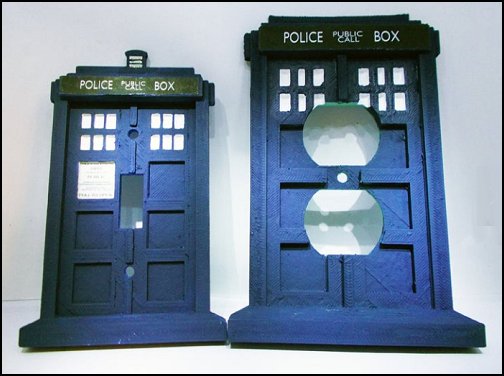 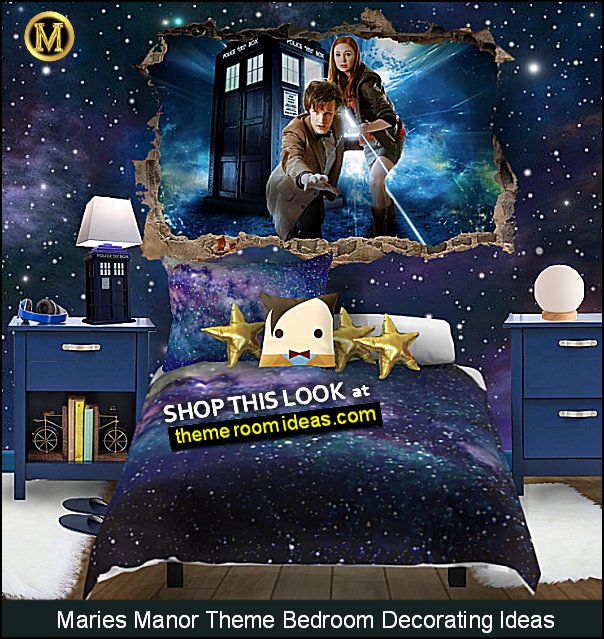 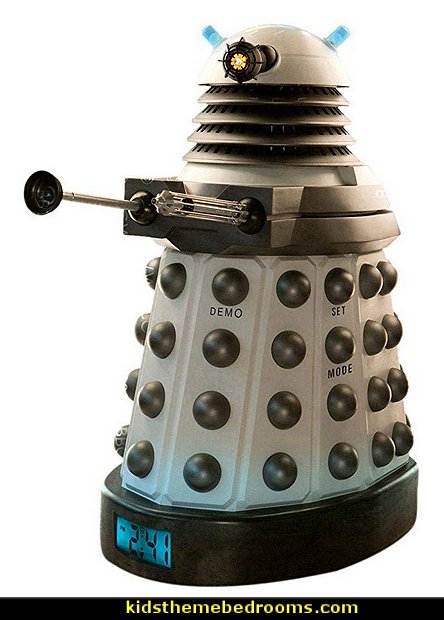 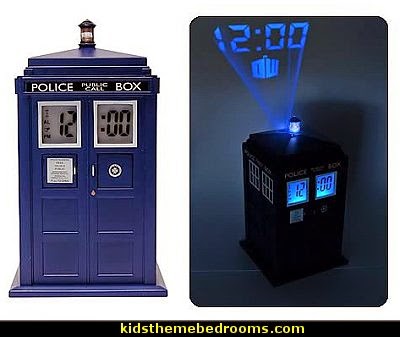 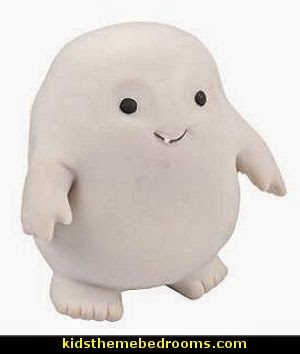 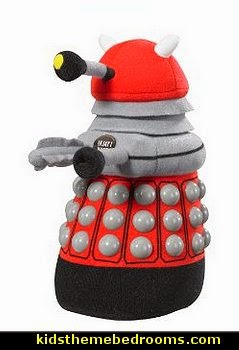 Exterminate! This talking red Dalek needs to be hugged! Showcasing the very best from the Doctor Who rogues' gallery. 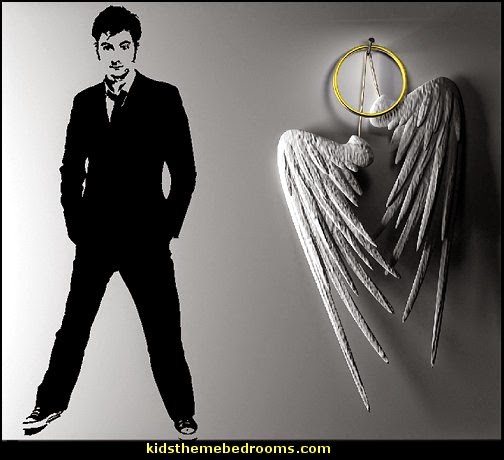 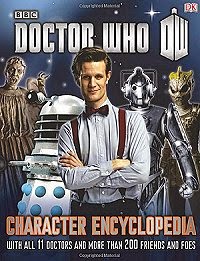 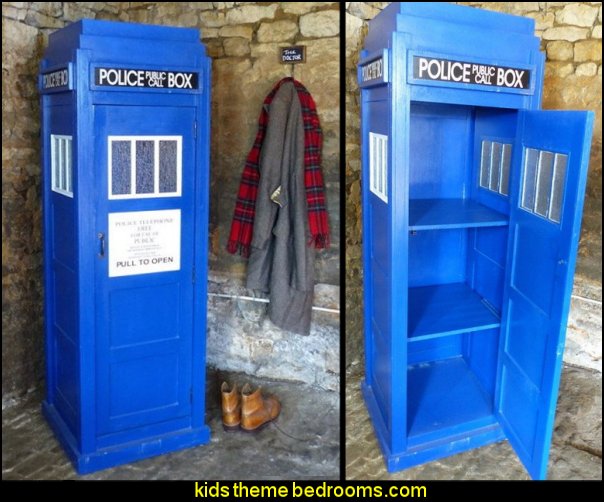 Dr Who Tardis Life Size Tall Cabinet on ebay
THE TARDIS - Life size Tall Cabinet unit with a design of the old style British police box. Two deep shelves an ideal storage and talking point for any indoor interior.
Handmade Cabinet from solid reclaimed pine wood, handpainted in blue finish with glass panels.
When the Doctor first touched the TARDIS, he said the ship was the most beautiful thing he'd ever known. And then he stole it, choosing to crash through the cosmos, saving many people & planets & being taken where he needed to go by his magnificent tardis time machine. 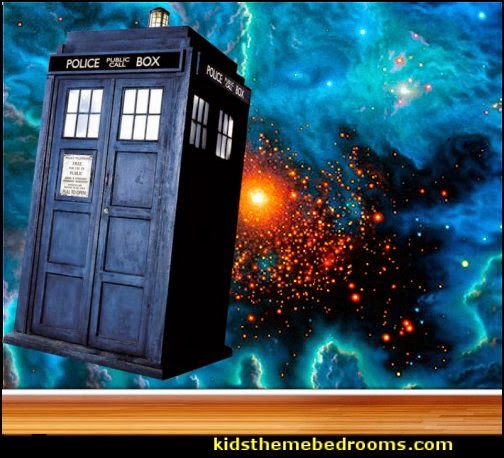 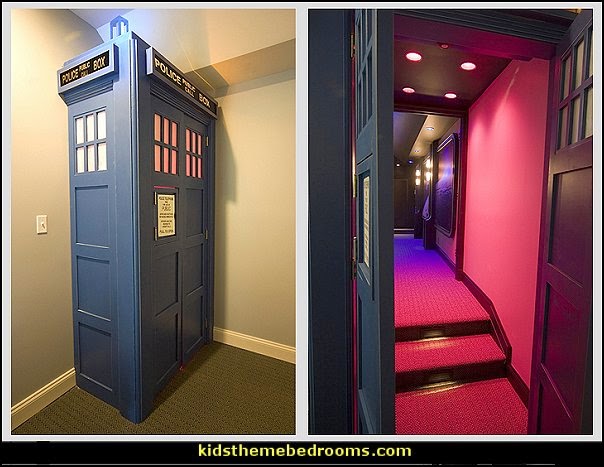 Doctor Who is a British science fiction television programme produced by the BBC. The programme depicts the adventures of a Time Lord, a time-travelling, humanoid alien known as the Doctor who explores the universe in a sentient time machine called the TARDIS that flies through time and space, whose exterior appears as a blue police box from 1963 London, when the series first aired. Along with a succession of companions, he faces a variety of foes while working to save civilizations, help people, and right wrongs.
doctor who, Doctor Who, Dr who, Dr Who

Posted by Maries Manor Theme Bedroom Decorating Ideas at 6:45 AM No comments: